This article will clarify the Reasons Behind Ghana, Senegal, Mali, Cameroon and Guinea Having Same Flag Colour and the major reason why it was like that

Africa is the second largest and second most populous continent on Earth. It is home to a hugely diverse range of people and cultures, with each country carrying its own traditions, trends and colour schemes.

However, many African flags have a strikingly similar colour scheme. With Mali, Cameroon, Ghana, Guinea and Senegal all sporting similar flag colours, it seems as though there must be some common reason or source behind their similarity!

The colors of the flags of African countries Mali, Senegal, Ghana, Guinea and Cameroon have a lot in common. The colors are green and yellow, with red on the top left flag. And because they all have green, yellow and red colors on their flags, it might make you wonder why they all chose those colors.

When Africans think of their national flag they automatically relate it to other African nations with the same colors.

The five countries have the same flag color for two reasons. One reason is that many of these countries were colonized by France, and after gaining independence, they kept the French flag as their own. The other reason is that these African countries are member states in the ECOWAS.

READ MORE: The History Of Sango Ota: Evergreen History Of One Of The Yorubas that can not be wiped off.

Over the past few years, these five African countries have been accustomed to a high level of reverence in the African terrain.

As a result of their familiarity in flag colors a lot of people have thought of that and simply overlooked it because they basically have no idea what the colors stand for.

The flag of Mali is one of the most recognizable flags in Africa. It is a tricolor flag with three equal vertical bands of green, gold, and red. The colors of the flag represent Islam (green), purity and peace (gold), and unity and blood shed for independence (red). The flag was adopted on April 4, 1959, just days before the country’s independence from France.

The flag of Senegal is one of the most recognizable flags in Africa. It is a tricolor flag featuring three horizontal stripes of green, yellow, and red. The colors of the flag are often said to represent hope, unity, and blood spilled during the country’s struggle for independence.

The national flag of Cameroon was adopted in its current form in 1975. It is a tricolor of green, red, and yellow, with a five-pointed star in the center. The colors of the flag represent the union of the North and South regions of the country, while the star represents unity and justice.

The flag of Ghana was designed in 1957 by Theodosia Salome Okoh, and adopted on March 6, 1957. The flag is a rectangle in the proportions 3:2, with five horizontal stripes of equal width. The top stripe is black, the middle stripe is gold, and the bottom stripe is green. There are also two red triangles on the sides of the flag, with a white five-pointed star in the center.

The colors of the flag represent different aspects of Ghanaian culture and history. Black represents the African continent, while gold represents Ghana’s wealth and abundance. Green represents the country’s lush vegetation, and red stands for the blood shed during Ghana’s fight for independence. The star on the flag symbolizes Ghana as a shining example of democracy in Africa.

The flag of Guinea is red with a yellow star in the center. It is one of the most recognizable flags in Africa, and it has a long and storied history. The current flag was adopted in 1958, when Guinea gained independence from France.

The flag is red because it symbolizes the blood that was shed during the fight for independence. The yellow star in the center represents hope and unity. Guinea is a country with a rich culture and a bright future, and its flag is a reminder of that.

As a result, they share similar political and legal systems. Additionally, many of these countries are located in close proximity to each other, which has likely contributed to their shared culture.

Of course, there are exceptions to every rule. There are some African countries with different flag colors that have similar cultures, and there are also some with the same flag color that don’t have much in common.

However, in general, it seems that the African countries with the same flag color share some common history and traditions.

The History Behind The Colours

Ethiopia overcame the Italian colonizers at the Battle of Adwa in 1896. Emperor Menelik II authorized the design of a flag with a rectangle tri-color from top to bottom a year later, in 1897. These were the colors red, green, and yellow.

Kwame Nkrumah led Ghana to independence in 1957. Nkrumah was a great admirer of Ethiopia, and shortly after its independence, he decided to create his country’s flag on Ethiopian colors.

This was a method of honoring and respecting Ethiopia as a country that had never been colonized. By that time, Ethiopia’s flag had a green stripe on top instead of red.

Furthermore, the colors have been observed to have distinct connotations as they have been adopted by a number of countries. Green depicts Africa’s lush agricultural area, yellow represents the continent’s wealth, red represents the blood poured during the freedom struggle, and black represents the complexion of Africans.

The basic line is that the three colors represent Pan-African unity. Countries adopted them to represent unity and shared heritage.

You now understand why such countries use the same colors on their national flags. Let us know if you have any suggestions to make in addition to this post.

Writing For Your Research Paper: What Topics Are Appropriate? 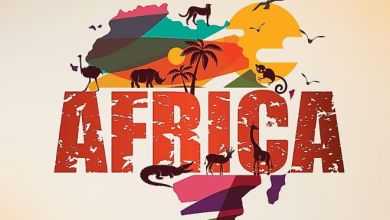 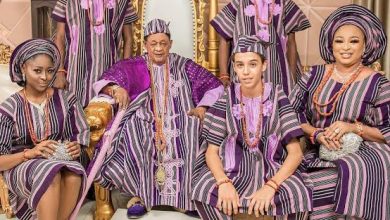